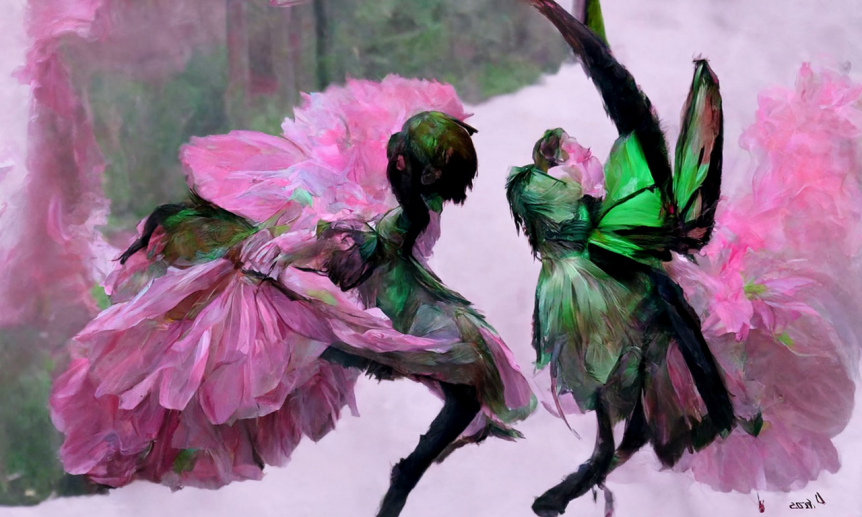 Artificial intelligence has ushered in a new era of art possibilities.

A mere decade ago, creating art was limited to those who had access to traditional paintbrushes and canvases. However, anyone can create a unique piece of art with a simple computer program and some creativity.

Generative Adversarial Networks (GAN) art uses natural language, mathematical expressions, or computer programs to decide how to paint a picture. The result is often an abstract masterpiece that looks like nothing you’ve ever seen—and that’s just the beginning of the possibilities!

Artificial intelligence has ushered in a new era of art possibilities. What does this mean for the future of art? It means that we can create anything we can imagine using only our minds and some simple tools. The possibilities are endless—from making music to writing poetry, designing clothes and furniture, or even painting pictures. GAN AI has opened up new opportunities for artists worldwide by allowing them to use computers as their mediums instead of traditional paints and brushes.

Art and AI have been on a collision course for decades, but in the past few years, we’ve seen a surge.

What is AI-based art?

Artificial intelligence (AI) has been around for decades, but it’s only recently that the technology has advanced enough to create original artwork.

Traditionally, artists were able to manipulate their materials to create something new, but today’s AI-powered projects don’t require human intervention.

Early explorations into generative art have abandoned the “rules” of traditional art; instead, they let computers generate their work based on hidden parameters that determine the work’s final form. In pursuit of naturalism, some AI methods (such as those employed by Google Research) use human artworks as a source of inspiration, such as Artstation. Google Colabs has taken the creation of art to the next level. This Maxfield Parrish experiment is my first truly AI piece.

If you’re new to the AI art world, this overview of AI-based art-making may shed some light on what it’s all about.

The New World of Creating with AI

Digital artists have been using AI to create new art since the early 2000s. In fact, many artists feel that AI is a natural artistic medium for them — not only does it allow them to create art without having to rely on human labor, but it also allows them to focus on the creative process rather than technical details like brush strokes and color palettes.

Since algorithms — not humans, create AI — there are no rules or guidelines for creating these pieces, and they often embody specific themes like nature and geometry. As a result, the work produced by AI varies widely in style, medium, and technical complexity; however, one thing remains consistent: these pieces are indeed one of a kind!

Some artists employ deep learning techniques like neural networks to generate images indistinguishable from photographs. In comparison, others use machine learning tools to create music or poetry that sounds human-made. Still, others create interactive environments where users can interact with AI art through touch or movement.

Artists who work with AI say they feel connected with their work in a way that has never happened before — they feel like they’re collaborating with their creations instead of simply creating something on their own.

The possibilities for this new world of AI art are virtually limitless and will provide new opportunities for artists and developers. The community will continue to grow as more people realize the potential of what we’re creating and join in to push the limits of AI technology. Digital creators or developers wanting to get involved should start by checking out some active forums or other places where new ideas are being shared. Designers can also begin to create programs that output code for their use or for sharing with others in forums. This article has focused on image generation only, but this framework also makes many other types of creative works possible.