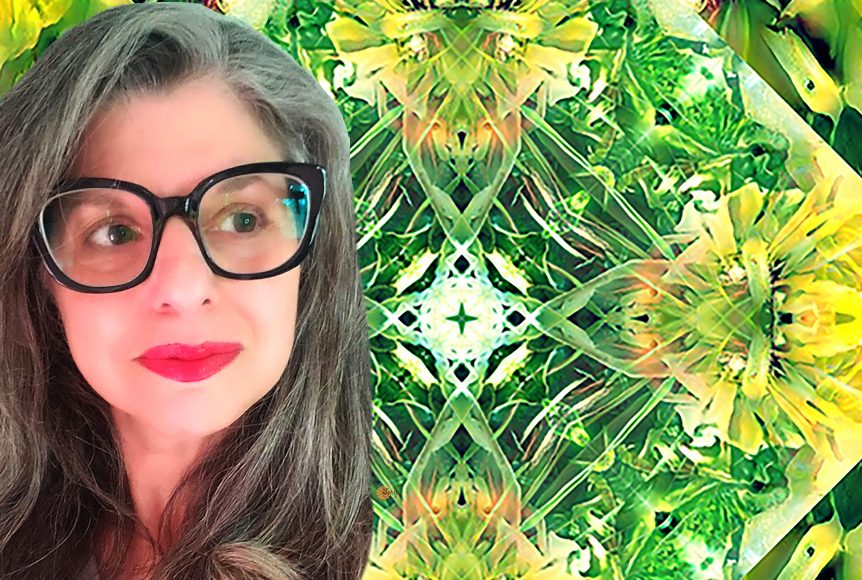 I find myself at the forefront of imagining the evolution of technology, the human condition, and nature. I am a creator, author, futurist, philosopher, and entrepreneur pursuing creativity.

I create storytelling experiments on the theme of the confluence of nature, humans, and technology. Besides creating thought-provoking pieces, I infuse bits of humor to make a memorable point.

My second digital creation was a one-woman opera called dChurch. I created the blog, wrote the journals, designed the animated pieces, and included video and audio for dChurch in 1996. By mid-1998, dChurch was viewed by millions monthly. dChurch was celebrated in a group show at Pratt Institute in 1998. However, the virtual persona, known as dChurch, created controversy and overexposed too much. In 1999, I was politely advised to retire from the much-beloved commedia dell’arte. I still own the URL dchurch.com. I am creating a piece to memorialize dChurch.

I began my passion for creativity as a traditional artist from 1982-1986. I explored the fragmentation of humanity. I had fourteen showings across the US. My art was mixed media large-scale formats and 3D models using found objects, acrylic paint, cardboard, and whatever I found on the streets of Manhattan.

From 2010 to the present, I found a love for creative book-making. The first piece I wrote and illustrated was The Other Side of the Box, published in 2010. The Other Side of the Box honors the philosophy of Erwin Schrodinger, father of quantum mechanics. Most recently, I turned my illustrations into an animated series of 16 pieces with the intent of auctioning as NFT art.

In 2020, I authored and published my first solarpunk novel, Laundrygate, Strange Stories About the Future. The chapter headings feature my exotic black and white photographs. The bold book cover with the cat is the collaboration with Bud Lavery. In Laundrygate, I coined the term Human Evolution Afterlife Virtual Eternity, HEA.VEN, to explain posthumanism. Laundrygate, Strange Stories About the Future was nominated for a Florida Book Award.

I authored, illustrated and published, Flower Opera in 2021. Flower Opera is a journey that inspires the senses, opens minds, and heals hearts. Imagine a flower that sings an aria or buds that resemble the splendor of a famous libretto. I created a 90-second MP4 to accompany Flower Opera, which is ready for public showing.

I founded DailyEats, one of the first food blogs in 2003, to celebrate and unite food lovers. Daily Eats uncovers creativity in food and bringing cultures together.

I began creating surface designs using Playform.io for beautiful one-of-a-kind prints on clothing, home decor, tabletop, and lifestyle. The goal with Playform.io AI collaborations is to develop unique printed objects, produce them through Contrado/stores/tery and present the high-resolution limited edition art with a certificate of authenticity.

My pursuit of NFT art is to create art that is appreciated, enjoyed, and collected.

I taught at SVA and Pratt Institute in New York City. I am a classically trained artist with a BFA from Albertus Magnus College, traditional training from Paier College of Art, an uncompleted MFA from Pratt NYC, and an MBA in Marketing from Regis University.

Check out NFT Biker for my entire collection of Tez Art