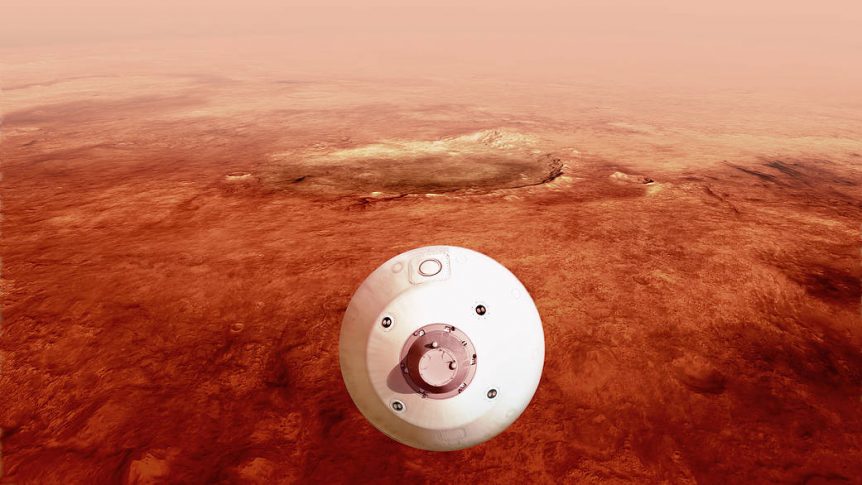 Dear Elon Musk: Are You Sure You Want to Nuke Mars?
Tery Spataro
First published Institute for Ethics and Emerging Technologies, Sep 27, 2015

34.9 million miles away from Earth an epic explosion occurs. On Mars.

It all started with a simplistic comment made on The Late Show with Stephen Colbert, by the genius Elon Musk.

Musk casually responded to the question of making Mars habitable to humans:

“There’s the fast way or the slower…the fast way is to drop a thermonuclear weapon onto the ice caps.”

Ideas like these can create unintended consequences and irresponsible actions.

A rocket scientist calculating a launch from the US or wherever a thermonuclear weapon is located determines the weapon will take time to reach Mars – BUT the after-effects may not be known immediately. Or if the thermonuclear weapon happens to hitch a ride on the Mars 2026 expedition we could see Mars explode in about 6-8 months after launch.

Without a doubt, Elon Musk is one of the most intelligent men on this Earth. He has solved problems and accelerated technological change to bring about good to the earth, from Tesla to Solar City to SpaceX. He created a means for commercial exploration the of the universe without governmental strings attached. What’s confounding is his notion of blowing up another world – ok warming up another world – using a bomb as the means of doing so because terraforming takes too long.

Terraforming Mars is not a new idea, scientists have explored and investigated this concept.

NASA scientists believe that it is technologically possible at the present time to create considerable global climate changes, allowing humans to live on Mars. But this will not be by any means an easy task. Raising the atmospheric pressure and surface temperature alone could be achieved in a few decades.” Quest Nasa.

Why is there an immediate rush to terraform another plant? Is human salvation on Earth in so much peril that we need to move to another planet?

Let’s face it, there’s panic among the great minds of the world that the Earth is beyond salvation. That Mars may be the next planet we step on because it is necessary to protect the survival of humans. [Petranik, 2015].

Scientists also speculate that destroying a nearby planet is also dangerous, the explosions could backfire, producing a “phenomenon known as ‘nuclear winter’ (akin to the asteroids that killed off the dinosaurs) “, renowned climate scientist Michael Mann weighs in. “wherein you generate so much dust and particles that they literally block out a significant portion of the incoming sunlight, cooling down the planet.” [Neuhauser, 2015].

We barely understand our human-selves, and we understand less about the planet we call Earth. In the 200,000 years we’ve been on Earth we managed to destroy, pollute, and suck dry the Earth’s resources. Yes, we have much to panic about: there is a shortage of resources. The air is polluted, the earth is warmer, our water supply is dwindling, species of animals are dying off, because of our lack of understanding, and furthermore our lack of collective concern to take action to prevent these atrocities. [Handwerk,2015]. So like children that don’t clean up after a mess, the best solution is to do it all over again, to some other planet!

What do we really know about Mars? The question of whether life on Mars exists hasn’t been resolved. Do we even have the technological equipment to really investigate if there is life on Mars – can our earthly senses even detect life forms that may not be made up of the same compounds that we have on Earth?

Scientists who studied Mars know Mars is unsuitable for human life. Here are a few other things that scientists know about Mars:

The surface of Mars is also covered in toxic perchlorates (salts derived from perchloric acid), which are used in fertilizers and making rocket fuel but pose a serious health hazard to humans. (Richard, 2015). Not something we want to be breathing. Mars is a filthy planet. [O’Neil, 2015]

Like Mars’ poor terrain and atmospheric conditions, someday Earth may succumb to similar conditions. A better solution is to clean up what we have so that we can live on Earth longer. Cleaning up Earth may take less time than nuking ice caps on Mars to make it habitable, at least the outcome would more habitable.

Elon, Is this challenge interesting for your great mind to ponder, take on and support? Why not save the Earth first and then explore Mars without having to blow it up.